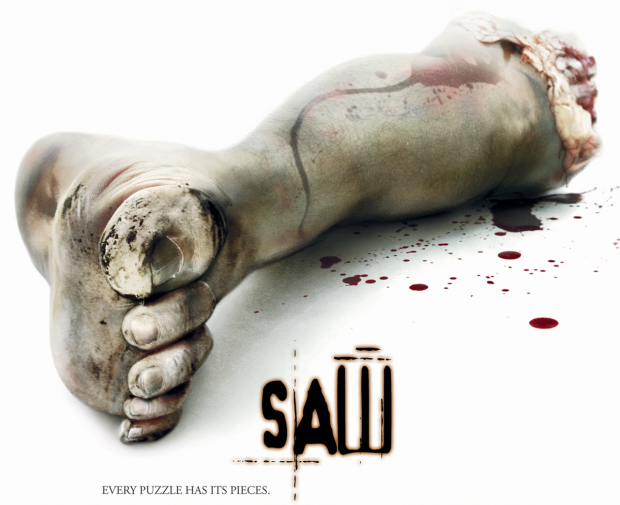 If you haven’t seen the Saw films yet… watch them or spoil them. Make your choice.

Following the by-then de rigueur twist finale of the fourth instalment of Lionsgate’s yearly and, it seemed, unending Saw series (2004-2010), in which sort-of-serial killer Jigsaw (Tobin Bell) puts people through life-or-death ‘games’, the cinema lights came up but my friends and I didn’t move from our seats. We were already discussing what we’d just seen. Saw IV‘s central twist was arguably the most remarkable the series had featured yet: while Saw II‘s two plots take place not at the same time, as the intercutting leads us to believe, but several hours apart, Saw IV ups the ante considerably by revealing that it had taken place simultaneously with Saw III – the brilliance of the twist’s execution sees Agent Strahm (Scott Patterson), himself no doubt bedazzled by the series’ approach to plot structure, accidentally, and literally, walking in on Saw III‘s ending, seconds after it has taken place.

Because I’d done my homework and watched the previous three films in preparation, I had a better immediate grasp of what we’d witnessed than my friends did, and began to explain it as best I could as we slowly wandered out of the screen, but we’d barely made it to the corridor before my delineation of the plot attracted a small crowd of other moviegoers, and once I’d finished my piece, the floor opened, and an impromptu seminar began. Explaining the entire plot wasn’t as easy as explaining the twist, though, and our ensuing discussion incorporated the previous three films’ plot intricacies and particularly the backstory of Jigsaw, which was crucial to this latest film. I began to realise that this was part of the Saw experience itself: we’ve all had discussions about what a film’s message was, or what we thought of it, but our symposium was divorced from interpretation and analysis. We weren’t trying to work out what the film was communicating. We just wanted to know what the plot was.